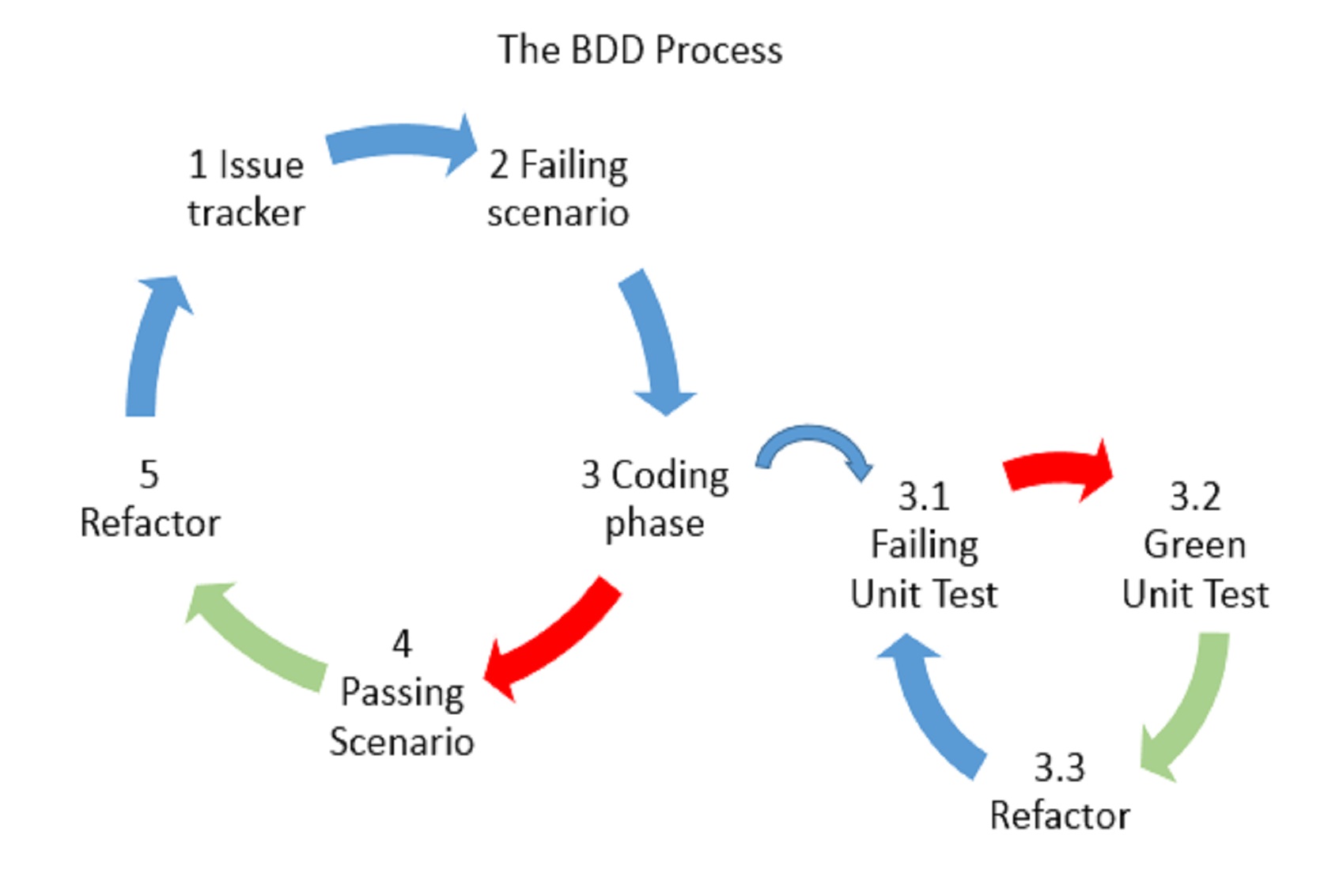 Why we require BDD?

We believe that the role of test automation is of primary importance to the success of any BDD initiative. Testers must write tests that verify the behaviour of the system or product being built. The test results generated are in the form of success stories of the features and hence are more readable by the non-technical user as well. For Behaviour Driven Development to be successful it becomes essential to identify and verify only those behaviours that contribute directly to business outcomes.

In an Automated test procedure, software developers and stakeholders collaborate to write automated tests that express the outcome that the stakeholder wants. In this sense, a key point in BDD procedure is the ubiquitous language. This is a semi-formal language that is shared by all members of the software project becoming a vehicle for the communication between all the different roles. For Example, the Gherkin language, is formed by specific words such as: Feature, Background, Scenario, Given, When, Then, and, But etc. The physical implementation of the ubiquitous language is the feature file. This is a standard wherein, using the mentioned words, test cases are written forming sentences. The simplest structure format is like this.

Feature: Specification of the test case.

Given: To set up the context or the preconditions where the scenario happens.

When: To interact with the system somehow. Action to do.

Then: To check that the outcome of that interaction was what we expected.

A feature is a place to write the summary documentation about the test suite that follow. A scenario expresses the behaviour that we want, each feature can contain several scenarios. Each scenario is a single concrete example of how the system should behave in a situation. Finally, each scenario is described by sentences using the mentioned key words. It is important to mention that sentences can include input variables to describe test situations or expected.

There are various frameworks we use for Behaviour-Driven Development Test Automation.

How do we solve the problem of buggy software being delivered to customers? By making sure that testing is not seen as something only the developers care about. Describing and understanding the needs of a system has a ton of benefits beyond code correctness, establishing inter-departmental dialog and making sure all stakeholders’ concerns are met. Using BDD to understand these needs from the start and testing external business behaviours that the entire team cares about, that is a great way to ensure a quality project.

Kefi Tech Solutions Pvt Ltd is a multidimensional IT company. Kefi brings competitiveness with quality in IT outsourcing service. We are a group of passionate and experienced professionals who have come together with a common goal.